In 1984, Jonathan Demme filmed the Talking Heads across three performances in the LA area. The resulting and remarkable concert movie Stop Making Sense includes this performance of “Burning Down the House,” a song released the prior year.

It is a delight, with irresistible energy, enthusiasm, and joy projected by the band.

It’s also fun to realize the performers had to wear the same outfits three days straight for continuity.

The song originated with drummer Chris Frantz and bassist Tina Weymouth, who have been married since 1977. They were attending a funk concert when the crowd started chanting, “Burn down the house.” The words stuck in their minds and gave them a rhythmic starting point, which they fleshed out later while jamming. With a demo tape in hand, the band refined the lyrics and arrangement, and the result was released on the album Speaking in Tongues.

The Talking Heads were already popular, and Jonathan Demme’s concert film catapulted the band to new heights. Stop Making Sense remains one of the most effective concert films ever, with a through-line from David Byrne’s one-man start with guitar and a boombox, progressing as band members and set elements are gradually added, song by song, and resulting in a full band in complete control of the room. It’s a nice way to illustrate the creative and collaborative process.

The players and singers are all amazing, and interviews later indicated that the tour overall and these concerts in particular were delightful for the performers as well as their audiences. Bernie Worrell, the keyboard player, was performing with a funk band at the show where Weymouth and Franz first got the inspiration for the song, a nice “full circle” element here. (Weymouth also opted to play a synth bass on this song.)

The song reached #9 on the charts.

I’ll be off for a couple of days, celebrating Thanksgiving and all that.

Paid-members only
An interview with scientist and editor Howard Browman, who has experience working in the US and EU 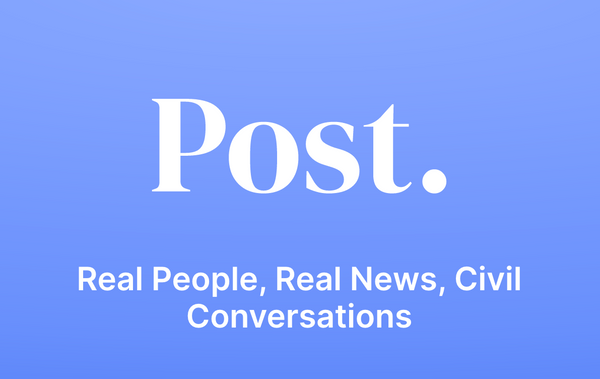 A new competitor to Twitter has started rolling out, and it's a promising alternative from people who know how to build technology at scale